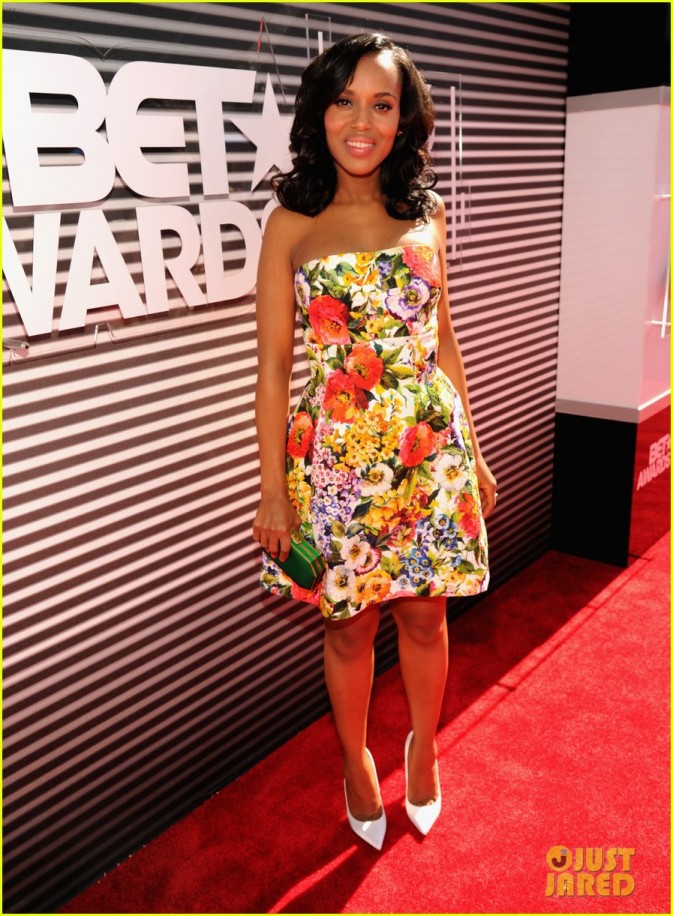 A mere two months after giving birth to daughter Isabelle, Kerry Washington looks stunning on the red carpet at the 2014 BET Awards in a floral Dolce & Gabbana. The 37-year-old actress was nominated for Best Actress for her work on the ABC drama Scandal. Kerry got her start acting on television, then went on to act in a number of movies from Save the Last Dance and Ray to Quentin Tarantino's Django Unchained. Her role as Olivia Pope in Scandal has earned her a number of awards and nominations, including Outstanding Actress in a Drama Series at the NAACP Image Awards and the NAACP President's Award. In addition ...Read more.