If the Oscars is the “Super Bowl” of award shows, the play-off game is the Golden Globes. These shows are watched as much (or more!) for the red-carpet style as they are to see who wins the awards. Last night, celebrities were embracing the high-wattage, super glam, metallic look — silver was especially dominant (Dakota and Reese were standouts). Strapless and feminine looks were also haute. And then there was Emma Stone. I am obsessed with her custom Lanvin silver bustier and pants. So her, so unique and so fabulous. Our special “Haute Mom” award of the night goes to our own stunning Mom Muse and International Children’s Palliative Network Ambassador Micheline Etkin! Here are my favorite looks.

Who were your favorites? Sound off in the comments below! 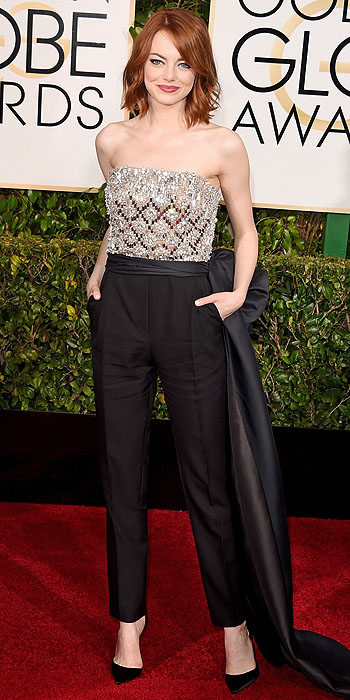 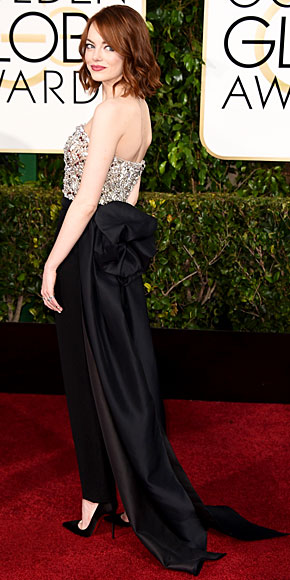 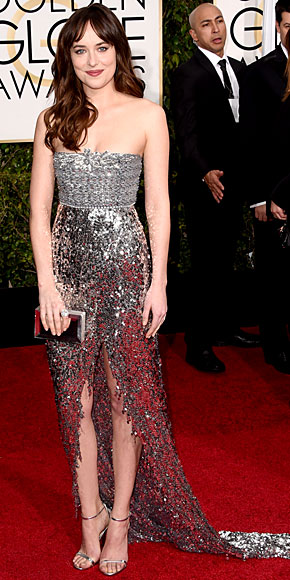 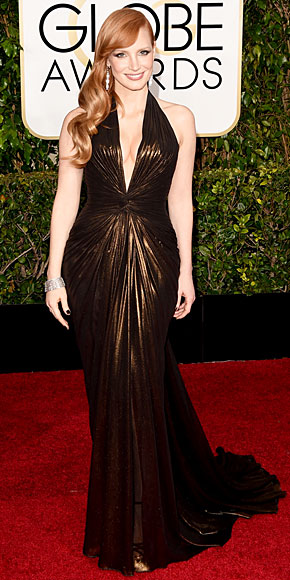 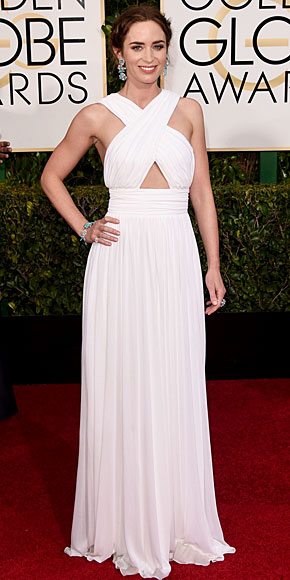 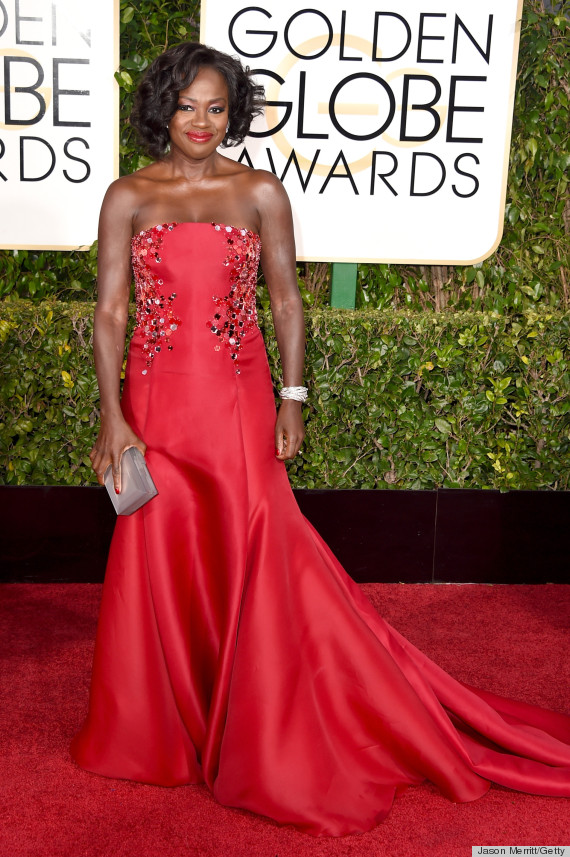 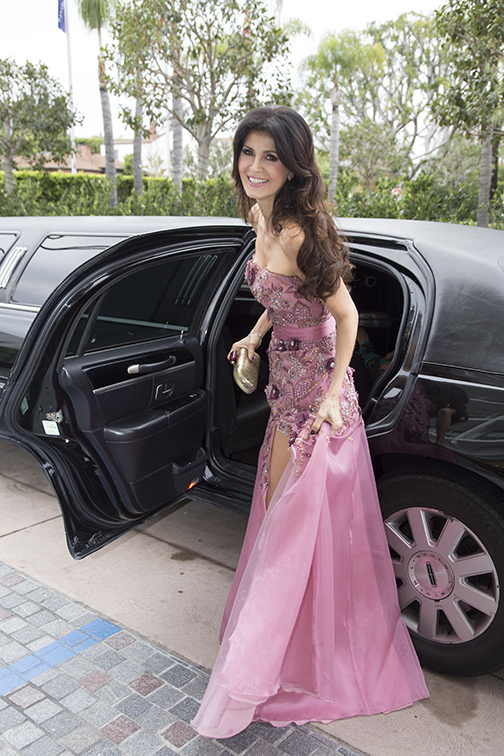 Micheline Etkin in a dress of her own design, created by TLC in Scottsdale. Jewelry designed by Micheline and made in Brazil of morganite, pink tourmaline and diamonds. Look styled by Oscar de las Salas. Make-up by Julie Koeth. (Photo Credit: Ken Ross) 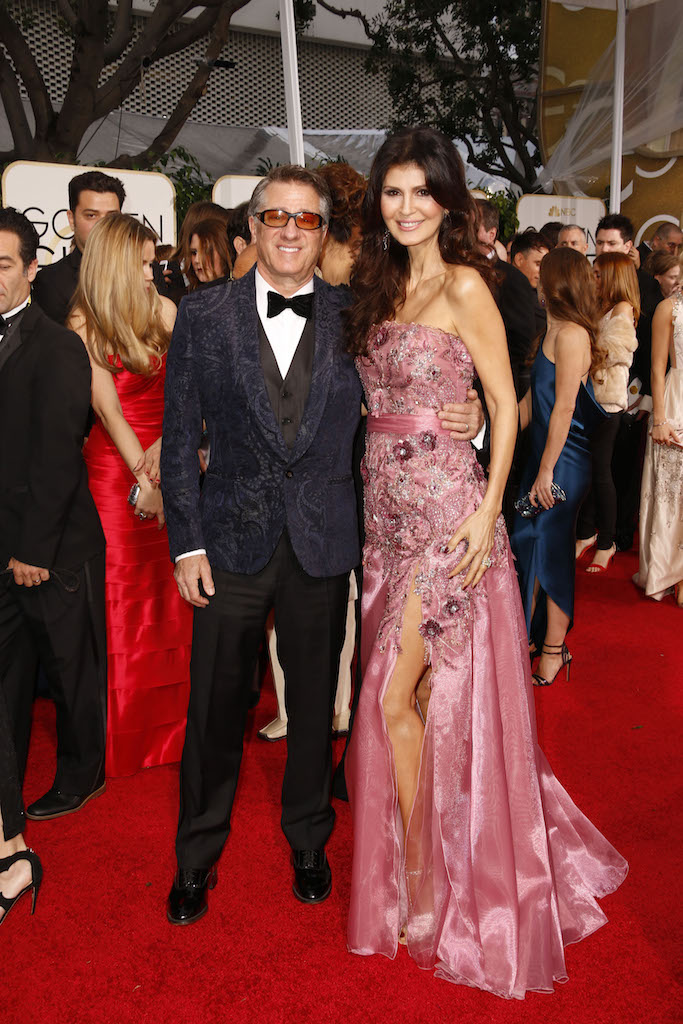 Micheline and her husband Bruce on the red carpet. (Photo Credit: Victoria Scheafino) 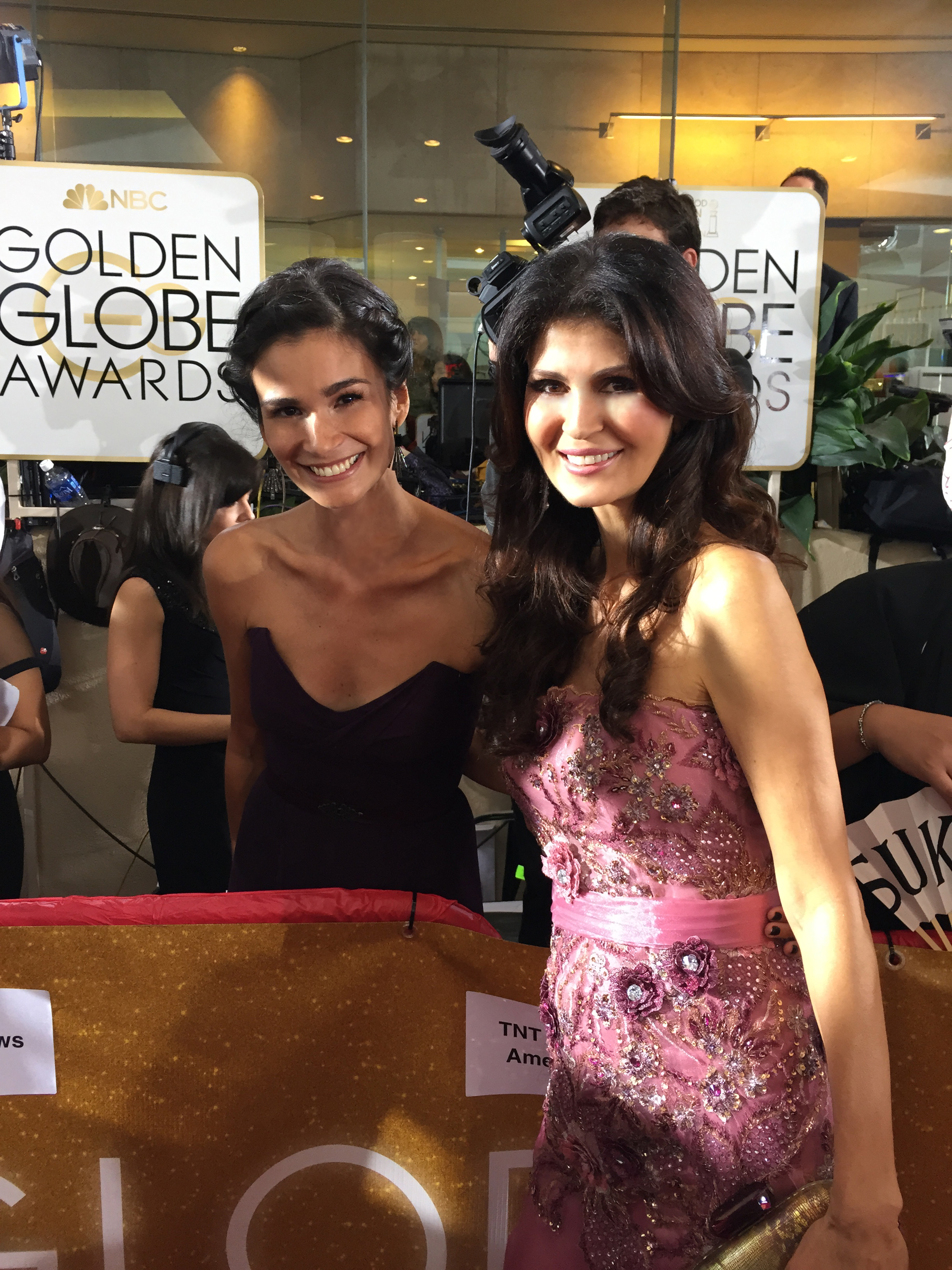 Micheline with supermodel Carol Ribeiro, who was covering the show for TNT Brazil.