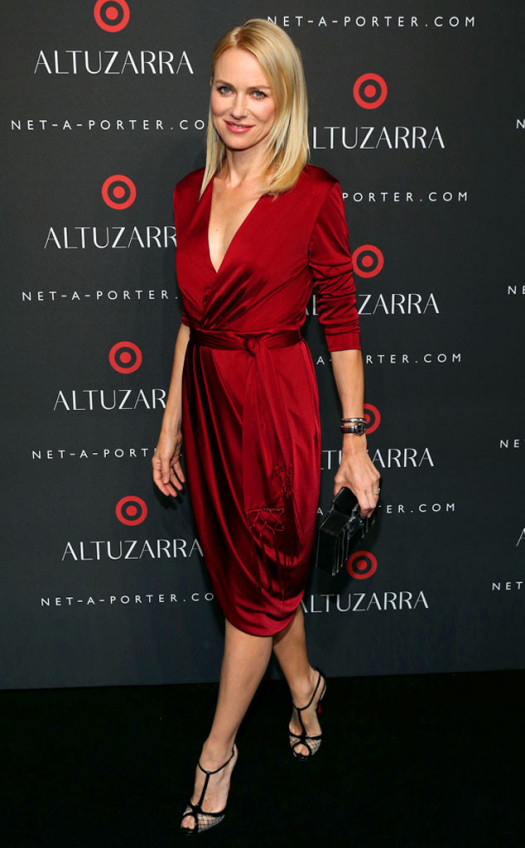 Otherwise known as Nicole Kidman’s BFF, award-winning actress Naomi Watts is mom to two boys with husband Liev Schreiber. She began her acting career in the mid-1980s and appeared in a number of films over the years before landing what would become her breakthrough role in the critically-acclaimed Mulholland Drive. Since then, she has starred in a long list of movies, been nominated for an Oscar, and most recently joined the cast of the upcoming second film in the Divergent trilogy, Insurgent. In addition to her impressive acting resume, Naomi is known for channeling Old Hollywood glamour with a modern twist on the red carpet. Her everyday style generally has a more casual, urban vibe.

Here, we love that Naomi is rocking the actual $40 Altuzarra for Target dress at the collection’s NY Fashion Week launch event – and beautifully we might add! The dress is available online at Target (but sold out on Net-a-Porter). Get it while you still can!! 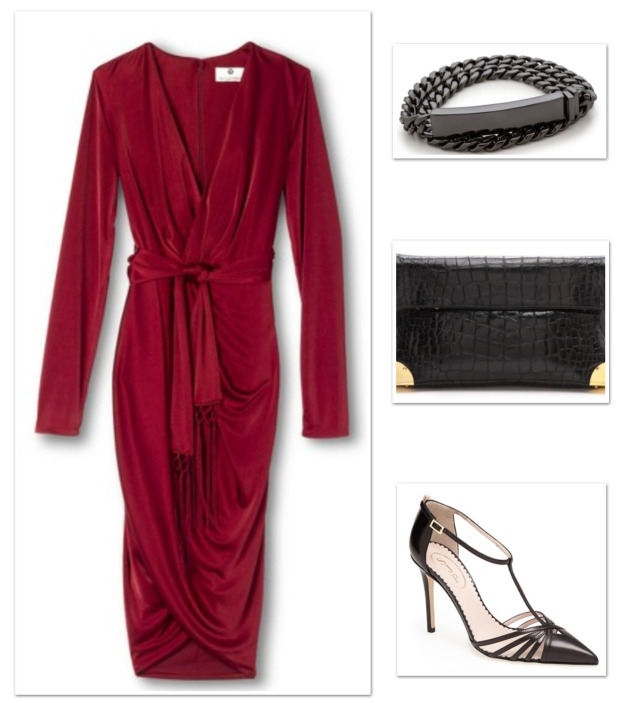