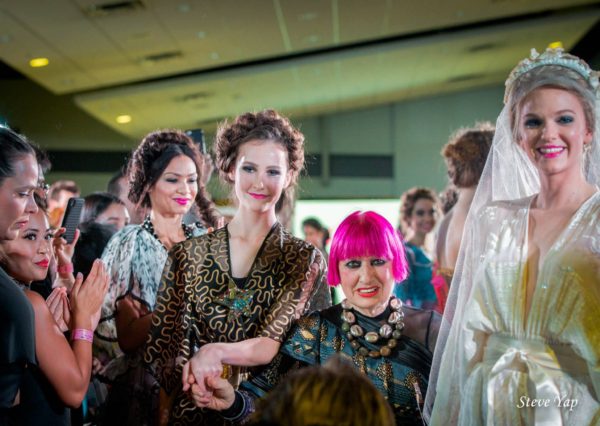 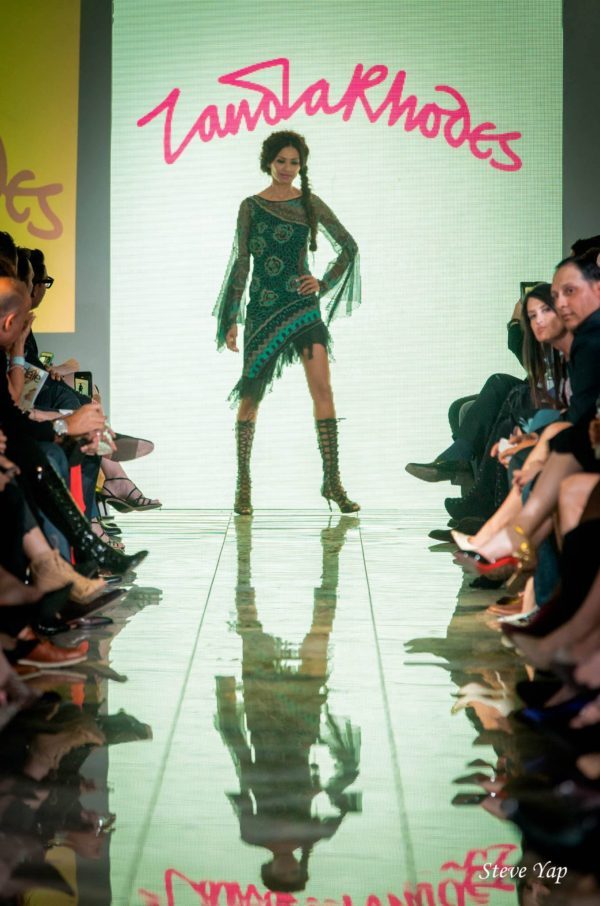 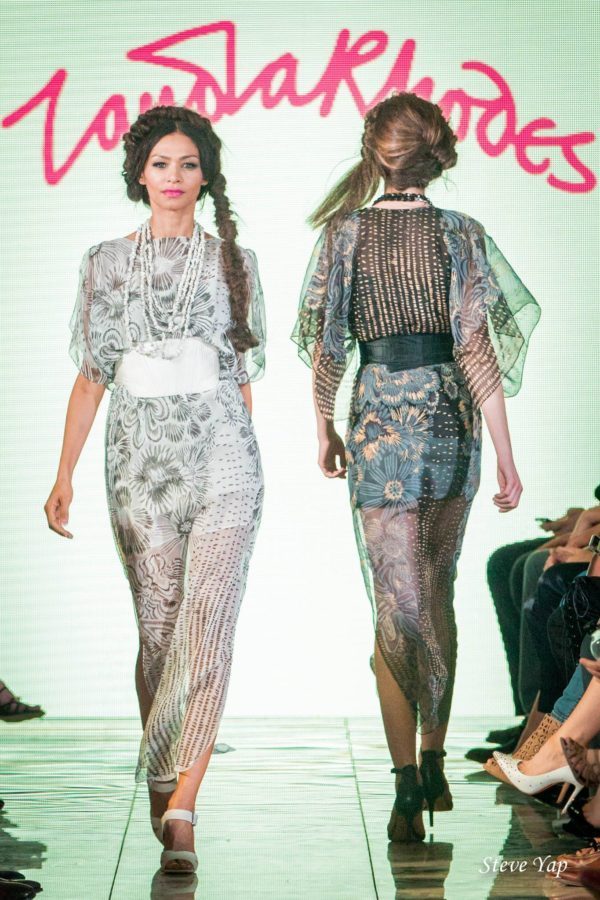 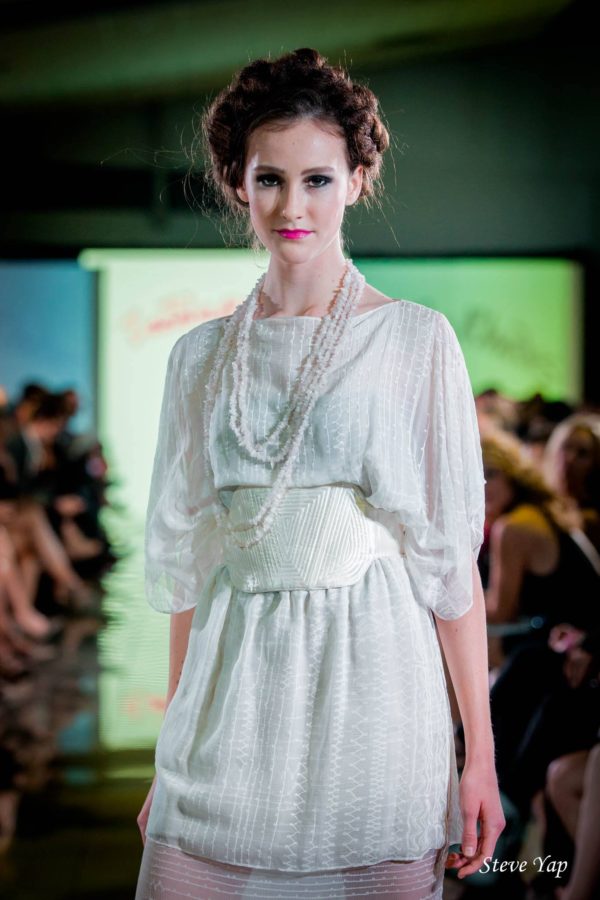 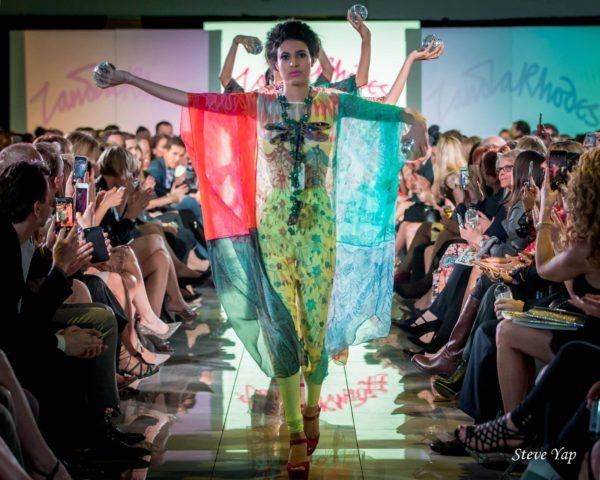 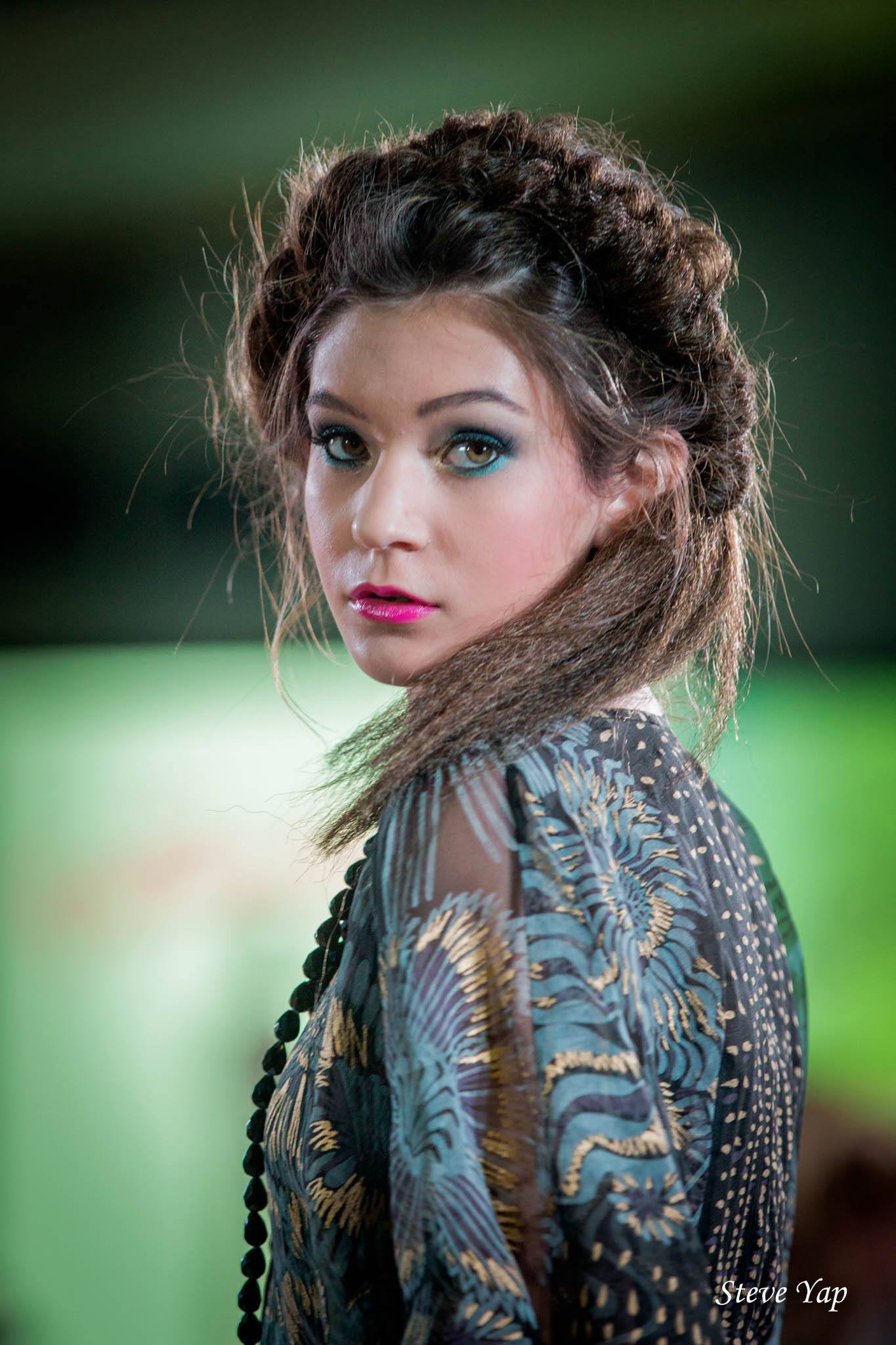 Our favorite moment of the show was when the models emerged for the finale dropping flower petals as they walked the runway. Gorgeous! How much do you love the one-shouldered gown with the ruffle and hot pink obi belt below?! And the bridal gown is so perfect for an outdoor or beach wedding. Love! 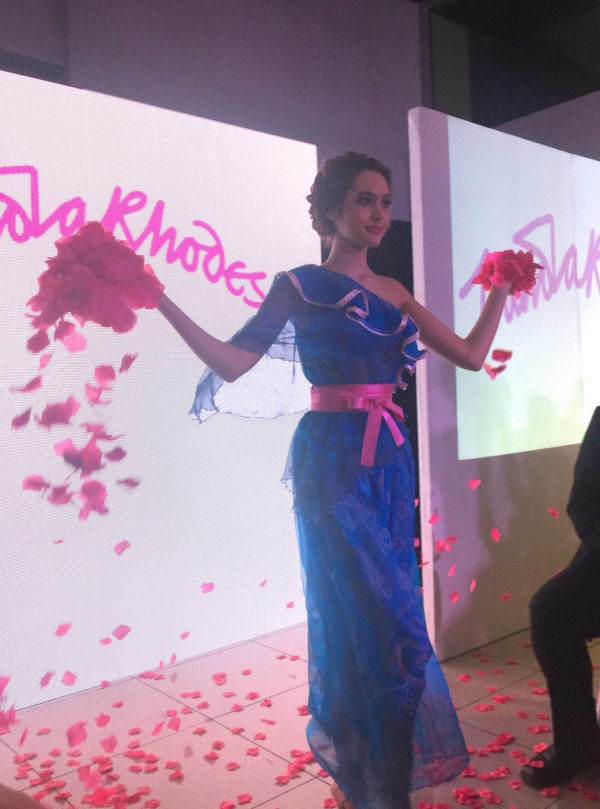 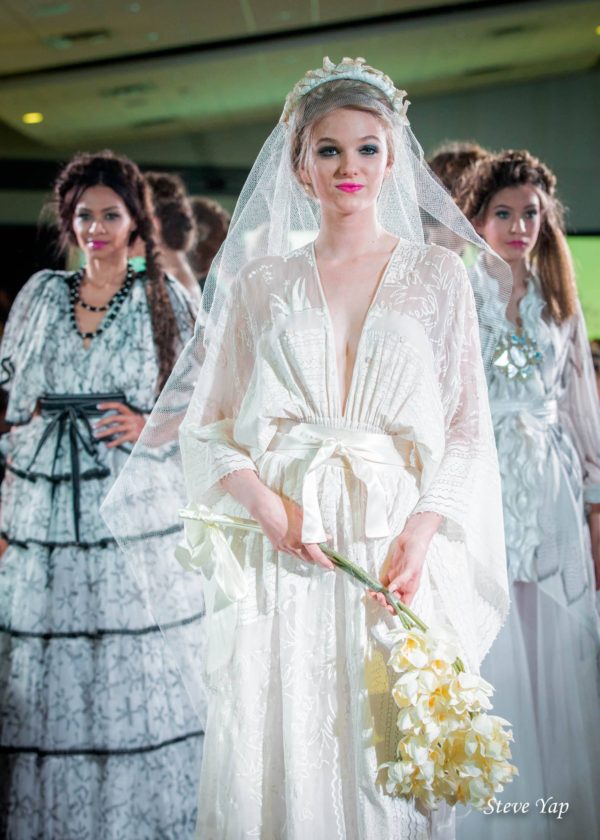 Known as the “Princess of Punk” in the fashion world, Rhodes’ has been recognized with a number of industry awards over the years and her designs are available in luxury retailers, including Saks Fifth Avenue, Henri Bendel and Neiman Marcus. Her work has also earned her an impressive NINE honorary doctorate degrees (wow!) from universities in the U.S. and the U.K. In 1997, Zandra was named a commander of the British Empire for her contributions to fashion. A testament to her impact, Dennita Sewell, the Jacquie Dorrance Curator of Fashion Design at Phoenix Art Museum, opened the fashion show with a heartfelt introduction of admiration for the iconic designer. 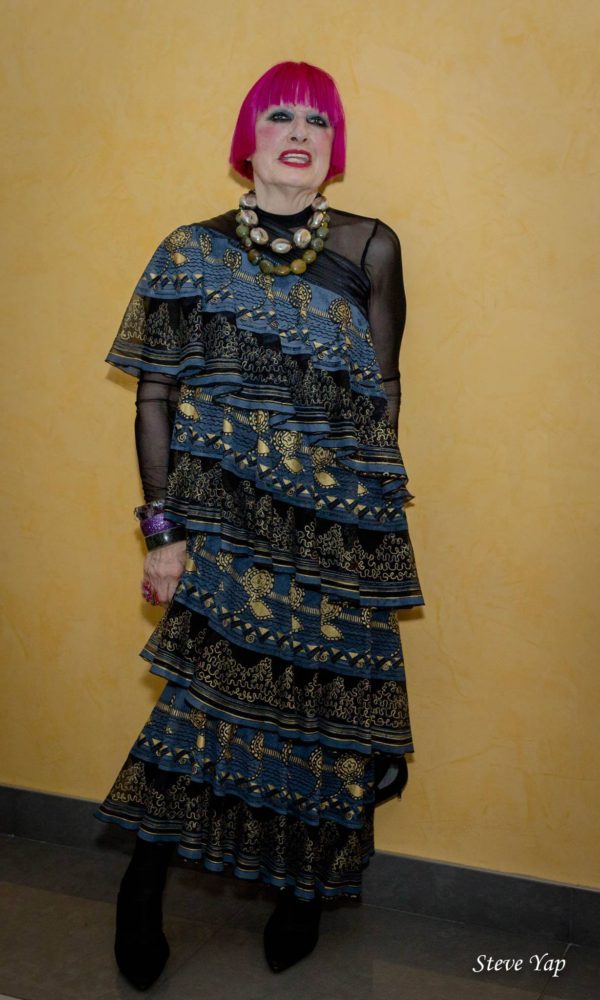 Zandra backstage with the amazing production team from the FORD Robert Black agency. 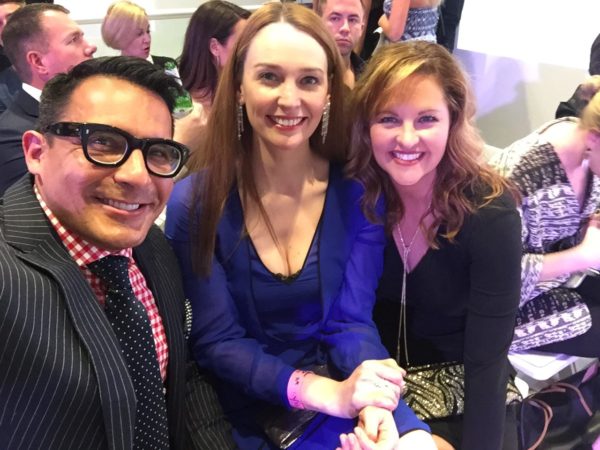 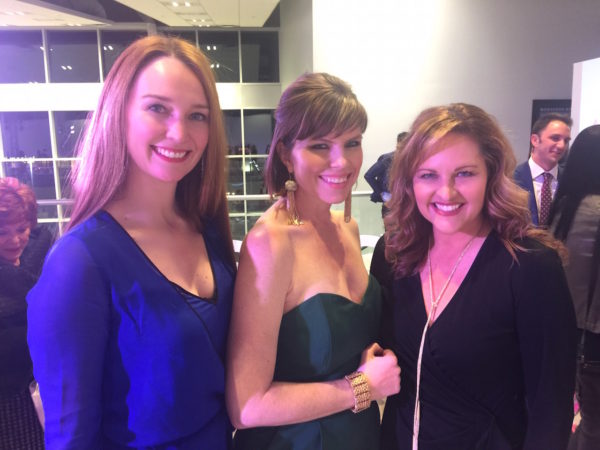 After the amazing show with Angela Zdrale and Sheree Hartwell, owner of FORD Robert Black. 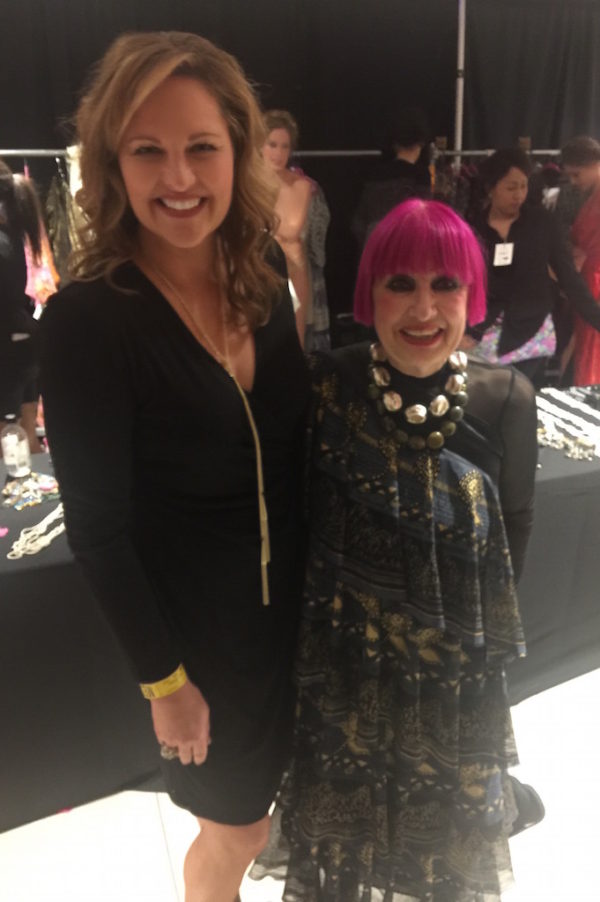 Thrilled to meet the incomparable Zandra Rhodes backstage after the show.

We do love when fashion shows benefit the community, and a portion of the proceeds from the show’s ticket sales will be donated to the National Kidney Foundation of Arizona. Check out the Scottsdale Fashion Week website for information on this weekend’s other events, including more fashion shows and a “Hair Wars” competition. For a play-by-play, insider’s look at the events, follow SFW on social media at facebook.com/sdlfashionweek, twitter.com/sdlfashionweek and/or instagram.com/scottsdalefashionweek.

Special thanks to photographer Stephen Yap for the gorgeous photos!!