Key to the Cure Merges Fashion & Fundraising for Cancer

Over 265,000 women in the U.S. alone this year will learn that they have breast or ovarian cancer. And, over 55,000 of them will die of these two horrible diseases. My mother was one of them. She passed away almost two years ago after a seven-year battle with breast cancer that was caught very early and she chose to have a mastectomy, only to have it come back five years later, stage 4. Heart breaking for her and us. As a result, Saks Fifth Avenue’s annual Key to the Cure initiative during October, which also happens to be Breast Cancer Awareness Month, is very personal to me. I especially appreciate that in Phoenix the funds raised locally support cancer research at world-renowned TGen. TGen is making great strides to identify methods for early cancer detection and better, more targeted drug treatments with fewer side effects. Their treatment plans are based on each patient’s unique genetic makeup, thus leading to higher success rates. Thank you to Saks for raising money and awareness, and to TGen and other cancer research recipients across the U.S. for putting the funds to work to find a cure! 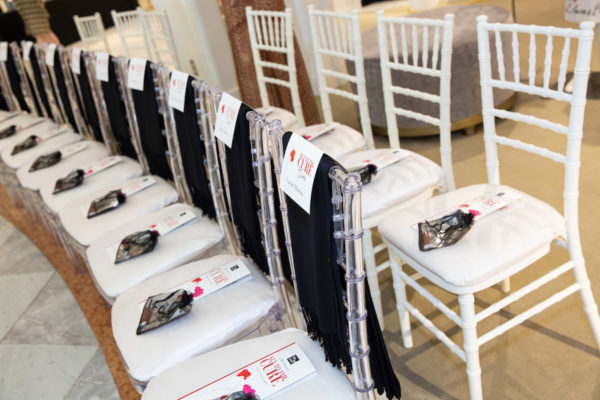 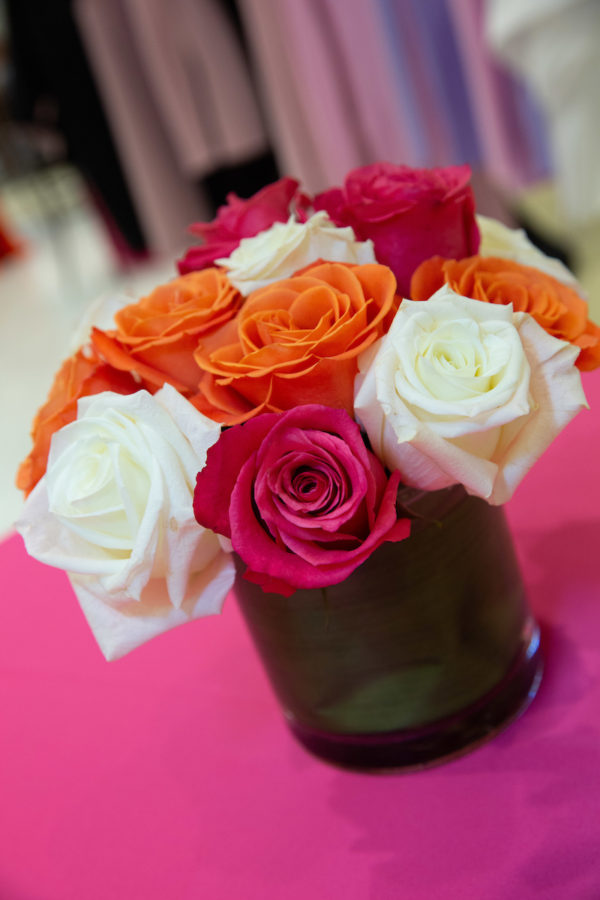 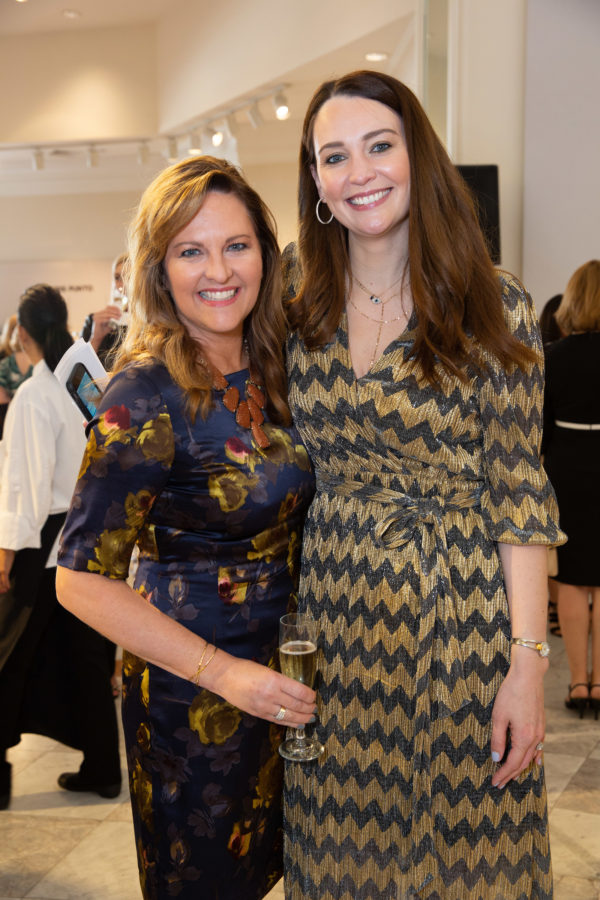 With Saks’ Angela Zdrale at the event.

McKenna Wesley (aka The Bubbly Blonde), myself, Lisa Moore and Angela Zdrale. 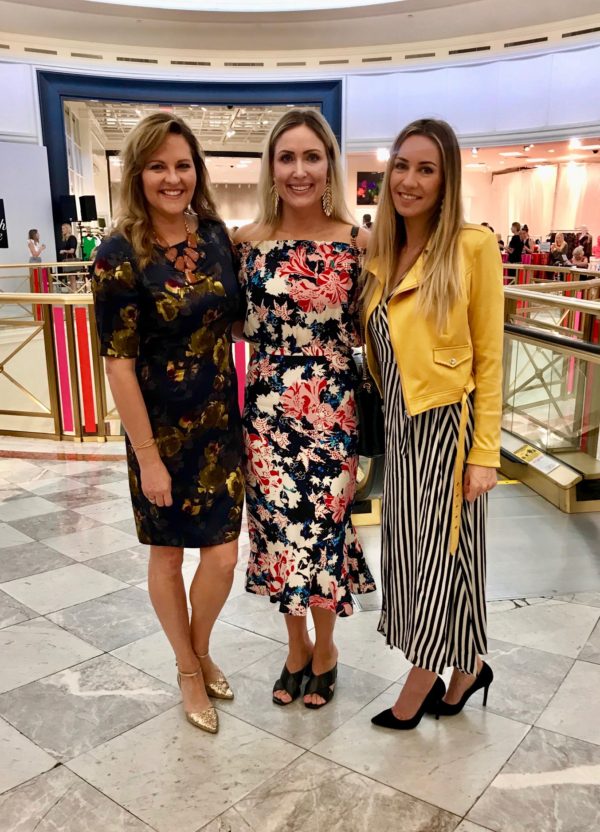 With Nicole Cundiff and Perrine Adams. 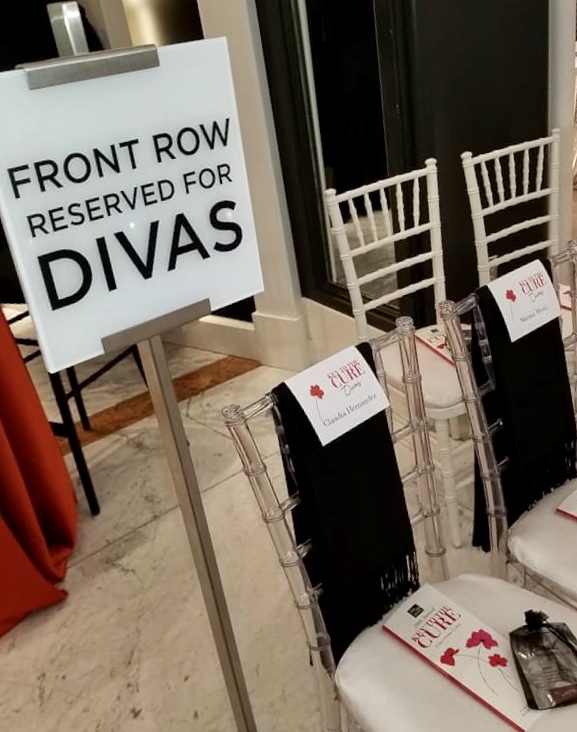 And now… views from the “Best of Saks” fashion show, featuring a mix of designer and contemporary fall looks styled by talented stylist and show producer Margaret Merritt, and worn by models from The Agency Arizona…. 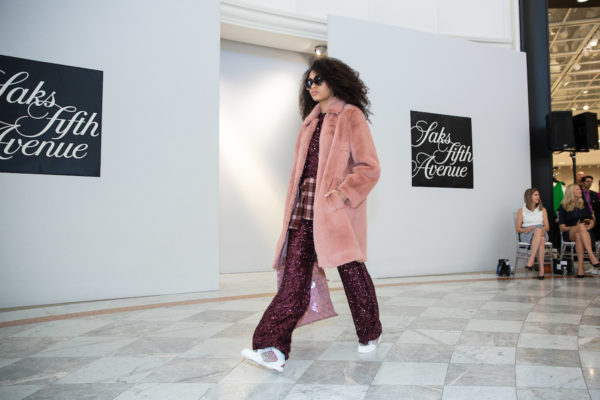 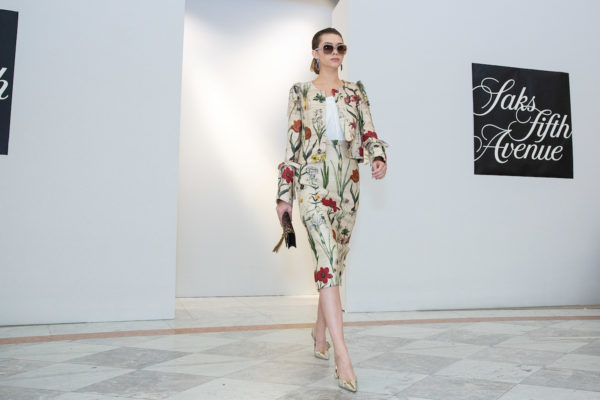 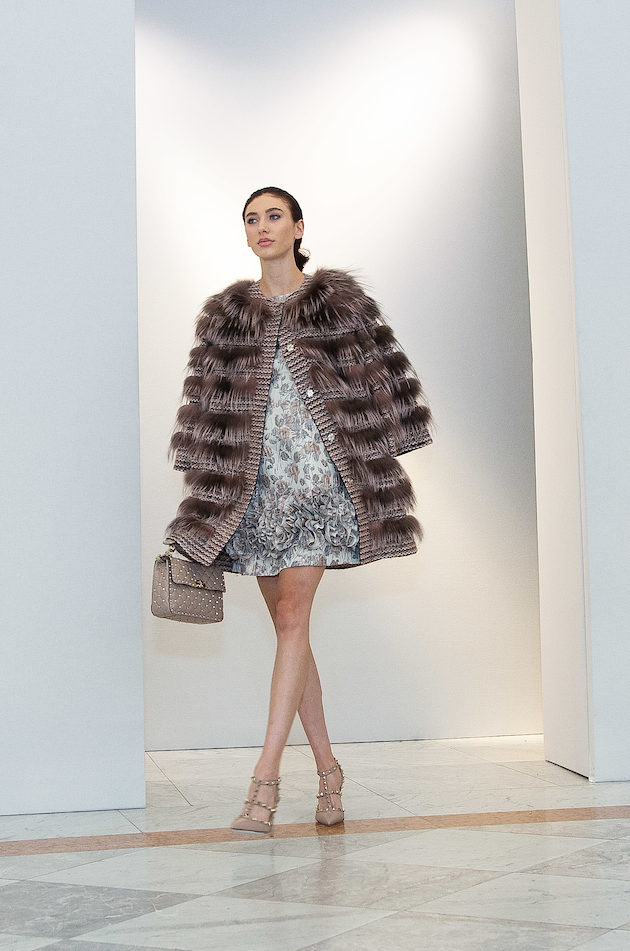 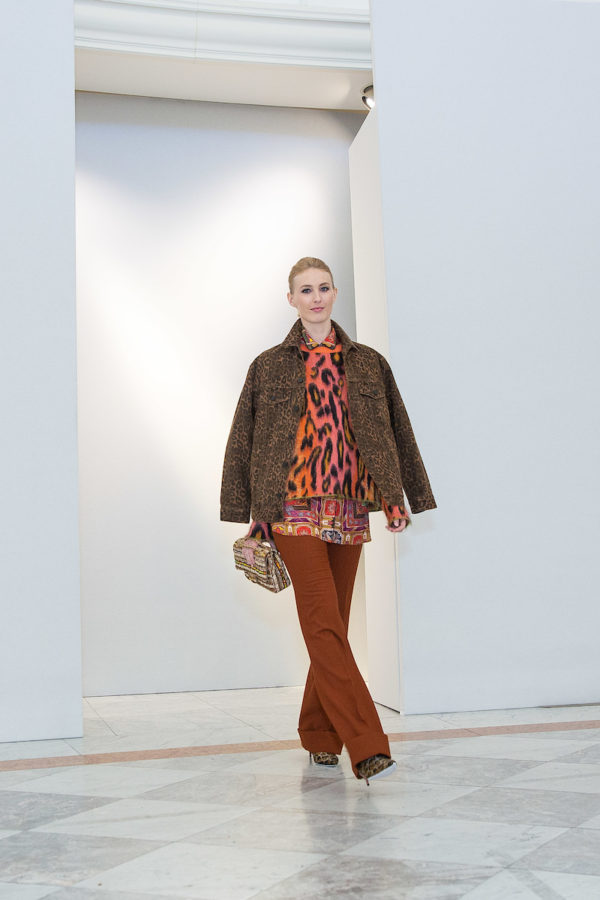 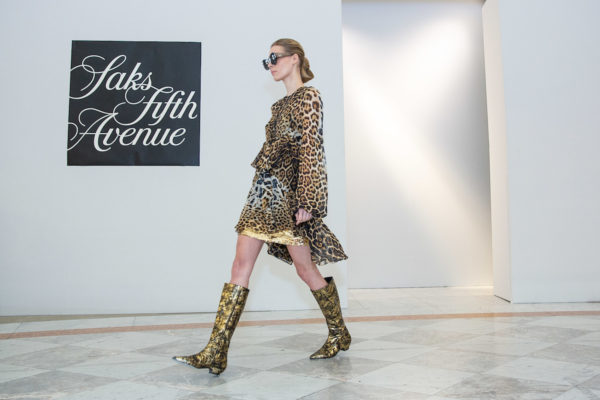 …. and, for the finale, we were treated to a selection of renowned designer Zang Toi’s Spring 2019 Collection that was inspired by the late Yves Saint Laurent. You can see the iconic French designer’s influence in the evening suiting mixed with ball gown skirts, and bejeweled collars and butterflies for embellishments. The perfect balance of masculine and feminine to create a powerful, elegant statement. Love! 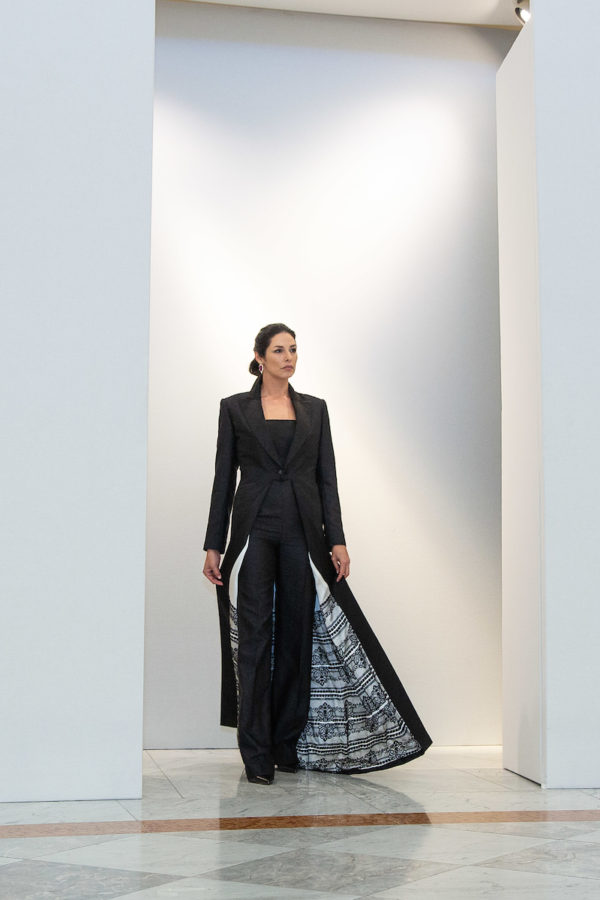 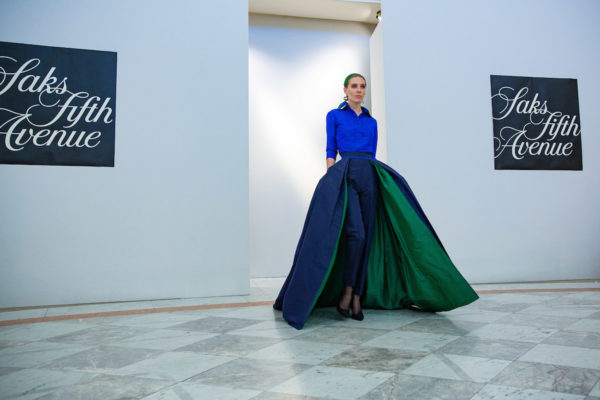 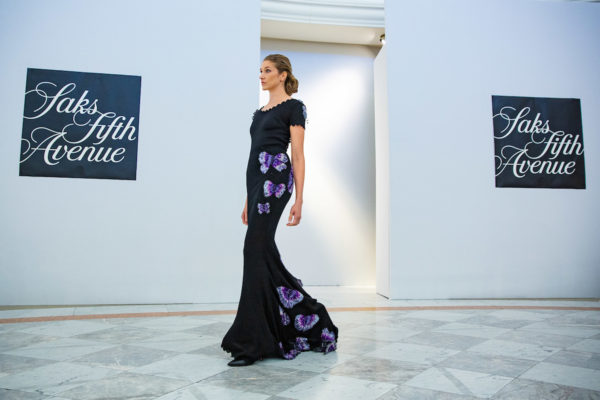 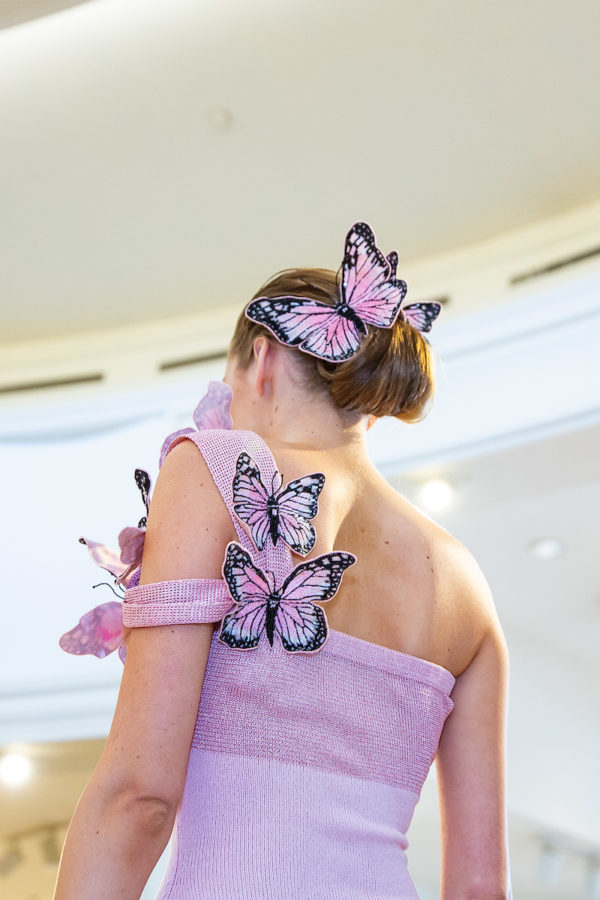 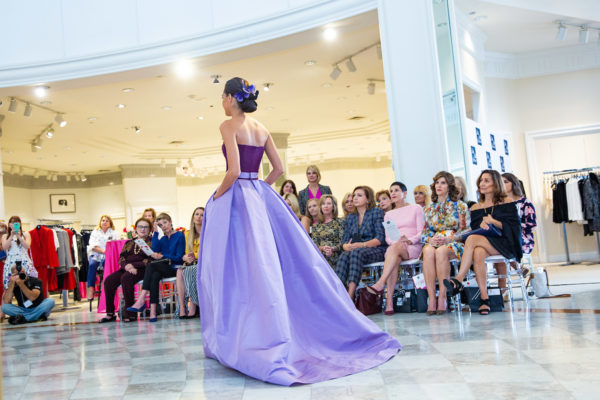 All photos by Haute Media, courtesy of Saks Fifth Avenue.