Oh-so-talented and as beautiful on the inside as she is on the outside, Shannon Cogan’s career in television journalism spans an impressive 20 years. Currently, she is the evening news anchor for WAVE 3 News in Louisville, Kentucky, the local NBC affiliate. Prior to joining WAVE 3, Shannon used her maiden name “Hori” on the air in other major markets where she’s been a beloved member of local news teams. Shannon and her husband Kendall have darling five-year-old twin boys, Colt and Cade, and are excited to now be settled in Kendall’s hometown. 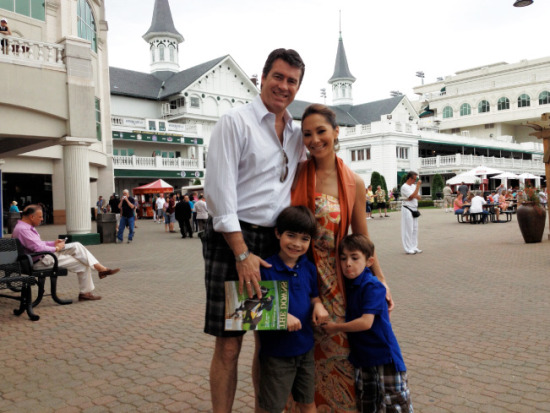 The Cogan Family in front of Churchill Downs. 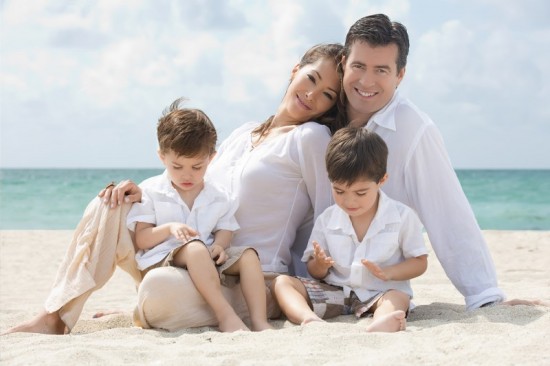 The Emmy Award-winning anchor started her career in Terre Haute, Indiana right after graduating from Indiana University with a double major in journalism and speech communications. From Indiana, she moved to Louisville to anchor the morning show at a different station for four years, followed by anchor stints in Orlando, Florida and Dallas, Texas. Prior to returning to Louisville, Shannon served as the primary evening news anchor at WFOR/CBS4 in Miami, Florida. During her career, Shannon has been privileged to cover a lengthy list of historically significant news stories ranging from the deadly Florida tornadoes of 1998 and the Dallas Cowboys to the 2000 presidential election and the Columbia space shuttle disaster.

In true “Mom Muse” fashion, Shannon firmly believes in giving back to the community, especially to causes that help children. During her time in Miami, she helped raise $700,000 for Miami Children’s Hospital by co-chairing the Wine, Women & Shoes Ladies Luncheon for two years in a row. She also served on the boards of the Miami Children’s Museum and Big Brothers/Big Sisters of South Florida. Over the years, Shannon has been recognized by several non-profit organizations for her charitable work. She was awarded the March of Dimes Building Our Community Award, the Media Award from the Greater Dallas Asian-American Chamber of Commerce and the Media Award from the Texas Central Hemophilia Association. Ocean Drive magazine also named Shannon one of its “Real Beauties” for her contributions to the South Florida community. In addition, Shannon has worked to raise awareness of pediatric heart defects, a cause that is especially near and dear to her since her son Colt was born with a rare congenital heart defect. 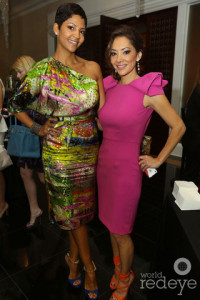 Shannon and Tracy Mourning at the Wine, Women & Shoes event to benefit Miami Children’s Hospital. Shannon’s beautiful dress was made by her friend and designer Siri Willoch Traasdahl.

A testament to the importance of family, last year in 2013, Shannon and her husband made the decision to return to Louisville so that they could raise their boys around their extended family. Kendall is one of nine kids and was born in Louisville, plus Shannon’s own mother is only a four-hour car ride away. In her spare time, Shannon enjoys simply spending time with her family, including their black lab Maddy Ann, who was trained to be a companion dog from Canine Companions for Independence.

MSL:  Describe your style in five words or less.
Easy to wear and easy on the camera.

MSL: What do you like best about your job? What’s the biggest challenge?
Every day is different. The biggest challenge is I’m putting on more make-up while most people are taking off their make-up. I go home between newscasts to have dinner with my family, give my boys a bath, and read them a book — then go back to work for the 11 p.m. news. At which time I might have more coffee.

MSL: What has been the biggest moment of your career so far?
I’ve won three Emmy Awards in my career and done a variety of things. I’ve covered Kentucky Derbies, hurricanes, tornadoes, Super Bowls, Presidential recounts, Space Shuttle launches, witnessed an execution, did a show on the Dallas Cowboys with Troy Aikman, and interviewed former Presidents of the United States, celebrities (including JFK, Jr. – yes, he was really THAT handsome), and many other incredible people you might not have heard of.

MSL:  What’s the one item in your closet you can’t live without, that makes you feel both chic and comfortable?
Jeans.  And great shoes. (I can’t pick just one!) 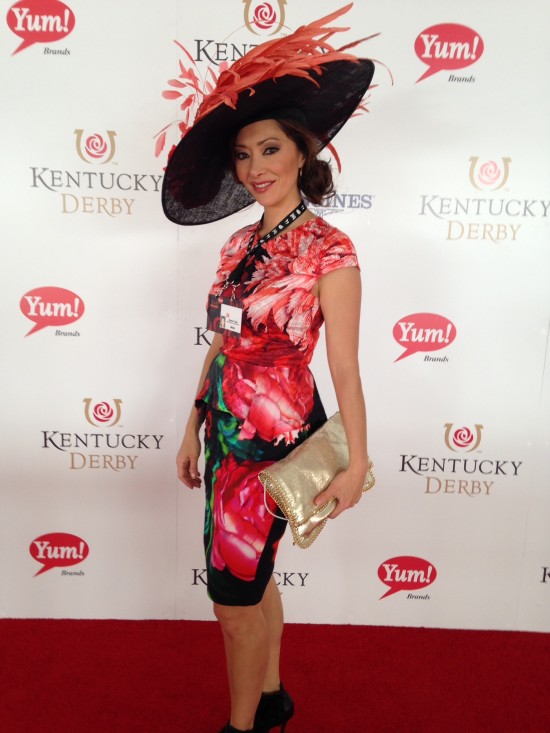 Shannon wins our “Best-Dressed” award at the Kentucky Derby. 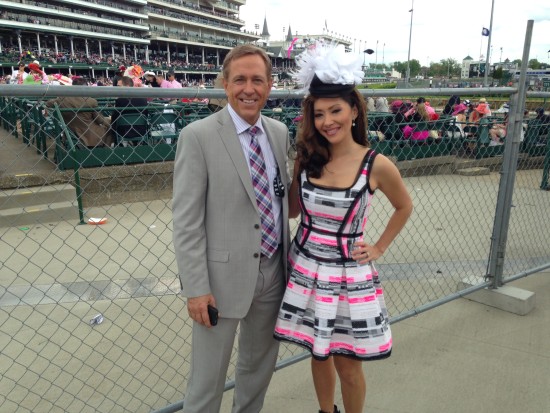 Shannon at the track with co-anchor Scott Reynolds gives Princess Kate a run for her money with another gorgeous fascinator.

MSL: Whose style do you most admire and draw inspiration from?
This is a tough one because I get inspiration from so many friends and pictures from various magazines. I try to wear classic pieces, nothing too revealing (or sexy) for TV, and I tend to stick to solids. My friend Siri Willoch Traasdahl, who is a fashion designer, has been a big help too. She goes through my closet and tells me what works and what doesn’t and what I need to add. Everyone needs a friend like that.

MSL:  Do you have any tips on how you streamline one’s morning routine?
I love dresses because they’re so easy to throw on and look pulled together. I also only wash my hair twice a week — Kerastase shampoo makes that possible. 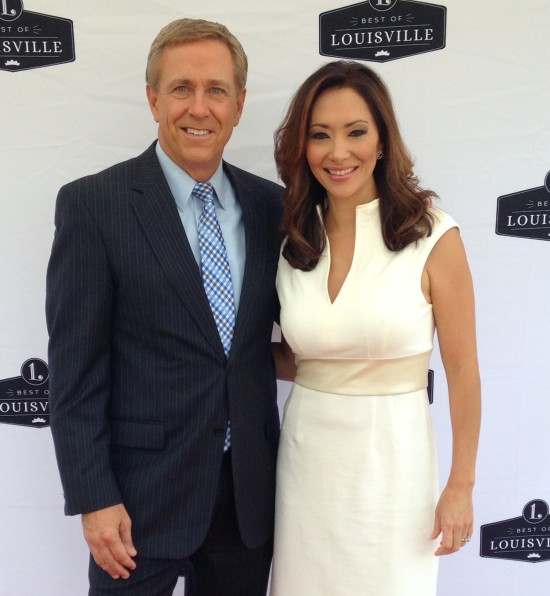 Shannon in a classic sheath dress made by her mom, Joanne Heeter, and co-anchor Scott Reynolds.

MSL: Developing a unique style comes at an early age for some children. Do you let your children choose what they’re going to wear? How do you talk about getting dressed with them?
My boys are actually very aware of clothes, probably because of my job. When I was in Miami and I couldn’t make it home to see them at night we would talk on Skype and they would always ask to see what shoes I was wearing. My son Cade also will tell me if something I’m wearing doesn’t look good (he’s usually right). But he will also tell me if he likes what I am wearing. One time he said, “Momma, you look like a princess,” and my heart melted. They both choose their own clothes in the mornings and, except when they were babies, I don’t dress them alike. My son Colt has a very specific style and sometimes he doesn’t match at all, but I let him do it. He’s only going to be young once. 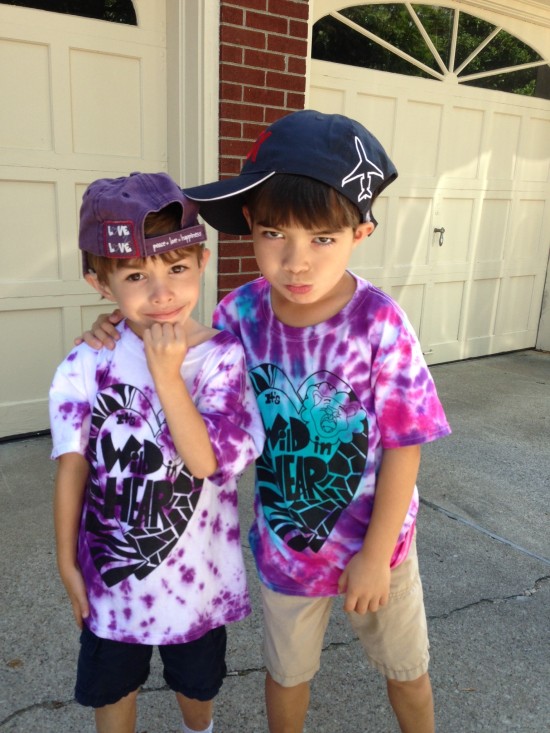 MSL: Tell us something about yourself that people would be surprised to hear.
The biggest thing people are surprised to learn is that my talented mother, Joanne Heeter, sews many of my clothes. She was accepted to Fashion Institute of Technology when she was young, but didn’t attend. Now that she’s retired, she’s really gotten into sewing and makes the most beautiful clothes that fit perfectly. I am very lucky!

MSL:  What’s your best style advice for other moms out there?
Wear what makes you feel good. What looks good on one person doesn’t necessarily look good on another. Develop your own look. And if you are going to spend money on something… spend it on shoes. A good pair of shoes can kick up any outfit a few notches.